‘Once you go cashmere, you don’t go back’

It is said that the teacher will appear when the student is ready. Elena TAUGHT ME MUCH at a most pivotal moment in my life.

‘Once you go cashmere, you don’t go back’ is a sentence I’d said to Elena in relation to her work and a long weekend workshop she’d hosted at London’s triyoga. It had been my 35th birthday. Even without knowing I’d be there, she found a gift for me. An unpublished version of her new book to come out ‘Practice You‘.

‘…cashmere…’ had been gifted to me by a client of mine many moons ago when I worked at Mulberry on London’s New Bond Street. It fell out of my mouth again this day, seemingly so fitting for the experience of being with her. The room luxuriated in her just as one would on a chilly evening, wrapped in a beautiful sweater.

It would be easy to launch into a full scale worship of her, as the industry does with yogis, swamis and such all too often. Yoga is forced into a hierarchical system in which unwittingly one figure is placed  above another. The obsession is to tear them apart when we realise they are just human like the rest of us, and perhaps some words that were spoken years before are taken entirely out of context.

The intention of this post, however, is to point to her humanity, her essence, that came to me when I needed it most. I also hope to point to what is possible in doing the work in service of fellow humans.

‘NOW WOULD BE A GOOD TIME TO APPEAR PLEASE, TEACHER’.

I was ready for my teacher to appear. I found Elena through the internet via yogaglo (now glo.com) which films out of Santa Monica.

I’ve no idea why I signed up, but I did.

I’ve no idea why I clicked on Elena out of the many other teachers, but I did.

Elena’s practice is often labeled as ‘Hatha’, which is a style of yoga that can be translated to mean ‘force’ or ‘forcefulness’. It can be broken down to mean ‘Ha’ – sun and ‘Tha’ – moon.

If we take that translation let’s consider it to mean two forces or powers coming together and finding integration. This integration would emerge within and through the practitioner. Integration is a word I use with intention here, for in Elena’s practice, integration is the resulting experience. And yet, there is no forcefulness, only ease. Not too much, not too little, just the right amount.

See, Elena is this mad fusion of a human being. She paints, writes, speaks, hosts a brilliant podcast (practice.you). Within her teaching comes poetry, musings, words – in-keeping with the theme of the practise.

Creativity is an expression that is available to all of us, when we learn how to slow ourselves – indeed our minds – down. It is a part of the flow experience.

STEPPING BACK INTO AN OLD SKIN

As 2016 turned to 2017, I was fairly fresh out of London life, just back from a long stint in India (the praying for a fucking miracle phase of my story). I found myself in New York visiting my soulmate, The Oracle.

I had just survived (yes, survived) a dear old friend’s 40th birthday in Miami + Key West. Only five or so months into sobriety, the word tense didn’t come close to describing how I felt when faced with long boozy nights and subsequent hair of the dog. Suffice it to say I was designated driver and collector of all things lost (keys/wallet/phone/etc.).

I was with friends, and yet somehow I felt disconnected from them. I still felt disconnected from myself, so how would I connect with them? I’d taken a step that set me aside. That trip was like putting an old-but-freshly-removed-skin back on. An old version of myself that I simply didn’t have the required distance in time and space from.

I felt that any slight mistake, one moment’s loss of focus would distract me, derail me, put a drink in my hand and out the window with all my intentions for a different way of living. I knew so, because it had happened so many times before. I was holding on so tight to the chance of a new life, yet trying to reconcile it with an old one.

I am pretty sure my friends didn’t quite ‘get’ why I had been on edge and very much withdrawn compared to my usual centre-of-the-party character. I felt disintegrated from the belonging I’d known amongst them for so many years.

Regardless, those eight days stands out as a triumph in the battle over temptation for me. I didn’t drink, I would leave and go home when I needed to. I walked. I practised. I took lots of breaths.

For some reason, back at the hotel when it all got too much (too boozy), I hit google on Elena’s schedule. Prior to that moment I’d never even looked at her website. The morning after leaving Florida and landing in NYC, she was to teach a free class at the Samsung space, directly across the street from my best friend’s apartment in the Meatpacking District.

I’d never been in person with her before, only streamed classes to the floor of whichever room I was checked into at the time.

We made eye contact, I didn’t say hello, only smiled. She came directly to me and said the words ‘have we met?’.

‘So, what is this then?’ gesturing at the space and energy between us.

‘Perhaps I’ll put on some fresh clothes and I can explain’.

I reemerged from the changing side and we found ourselves sat in the midst of this concept space on such grandiose timber bleacher seating that only the United States can provide.

‘In the midst of the most chaotic time of my life so far, a dark time filled with turmoil and angst, your practice has been like a beacon for me.’

I think she said ‘wow’ but I can’t recall specifics because at that moment I was in tears, as was she.

‘I quit booze, I quit stimulants, I quit my old life. I gave up so frickin much I thought the ground had come out from under me. And yet every time I moved my body to your voice, every time I listened to your poetry, something shifted.’

Elena had been very vocal about her 4:20 relationship, and how she had moved away from it. She had written about it, spoken of it and read poetry to narrate that experience. It resonated so strongly. It kept me going. ‘Someone understands’ I told myself, even when a tiny handful of the people in my life did.

There was a form of connection in that moment that is infinitely human. Humane. Humble.

More so, human meets human, in and with reality.

For there is a distinct difference between simply teaching skills and then holding space. The transferal of skill in teaching is vital, to be clear, however in instances like this, where this space is held so beautifully for another human being, the word is so much closer to facilitation. This is an experience where there is very little of the person inserting themselves into your experience that your shoulders drop and your heart sinks into a specific rhythm.

‘Facil’ – ease: The process of one person easing another along the journey. This is something that Elena does with her own formula of grace and spaciousness.

I had just completed my certification with Sivananda Yoga Vidya Peetham, Swami Govindananda and Robert Moses (I would later find out that Robert was one of Sharon Gannon and David Life’s [Jivamukti] first teachers). I was so worried I had done the wrong thing, the wrong course…worrying was such a pattern back then.

A few more short encounters with her that weekend included a meditation and a dinner, before I was London bound again. I didn’t know where I was headed.

I knew I had a mission, a purpose, but as yet, it was unrealised. Those moments with Elena were formative. That time with her was yet another reason to trust my path, to galvanise my resolve to keep on going, safe in the knowledge that I was somehow not alone in my quest.

Learning about myself in the face of her teachings during those pretty dark months was a fundamental segment in the re-creation of a broken down person. Most days it feels that Elena – along with all the teachers that have shone light into my life – have left an energetic handprint on my back that wills me on when things have become just that bit too tough and unbearable.

In the deep recesses of what I would come to understand as unreconciled shame, there lied my potential. The very thing that had held me back in less than resourceful patterns. There was no judgment from her, only acceptance. One of the last things Elena would say to me that bitterly cold January day in Manhatten was ‘this is exactly why I teach’. We’d hugged, an unquestionable emotional connection that all humans have, when our armour is off.

In accepting others fully, we allow them to start to look inward in safety, reducing the chances of them running away in distraction from their pain.

Truth is, people like Elena don’t just ‘teach’. They do the inner work. They realise stillness. They operate like an infinite network of magnetic poles, holding the energy of the planet together somehow, even when it seems everything is falling apart. They carve out a form of leading that we are looking for in all our politicians and diplomats.

In the same way it has been modelled to me by Elena and so many other wonderful people, I teach, coach and facilitate. In service of others.

I do not approach my work as a game of numbers: If my work touches one other person in the same way the likes of Elena’s touched me, then it will be worth it.

Doing this work gets me up out of bed every day. I managed to find my groove, my purpose. It wouldn’t have been possible without the stewardship of people like Elena.

What would the world be like if we all (like ALL) learned how to ease each other through?

Surely that is the entire point of humanity.

You can listen to Elena’s podcast ‘PRACTICE YOU’ HERE 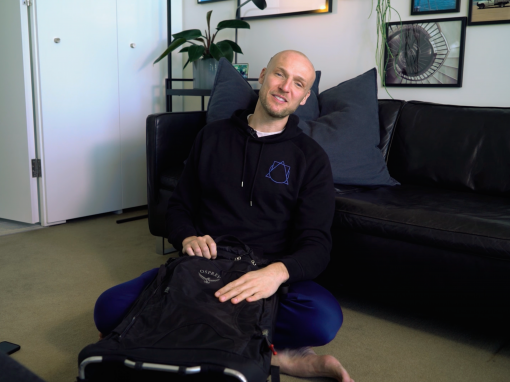 UNPACKING YOUR ‘BAGGAGE’ OVER THE HOLIDAYS

Hello, you. Since arriving back in Australia from the inaugural BODY // MIND // FLOW World Tour, there has been a bunch

END_OF_DOCUMENT_TOKEN_TO_BE_REPLACED 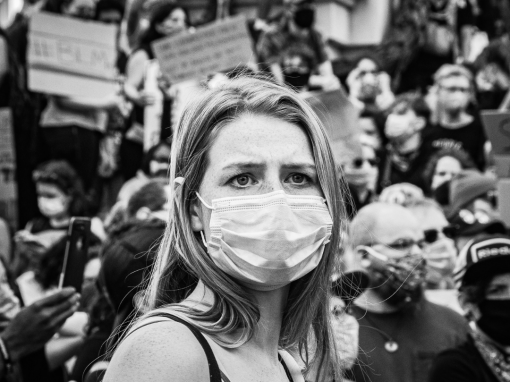 ABOUT THE IMPORTANCE OF RESOLVE, RESILIENCE + REST FOR CHALLENGING TIMES When the world is seemingly turning into chaos, there