Aren’t we all looking for a place to belong?

Don’t we all seek acknowledgement in our lives, recognition for who we are?

Have you ever found yourself asking ‘was that ok’?

This August marks a pretty major personal milestone – two years of my sobriety. In a reflective mode, I decided to explore what it feels like seeing the gay scene with sober eyes, and how it felt to be in Sydney for the 40th anniversary of Mardi Gras. I guess the main thing that has triggered post is that this past weekend was both Brighton and Amsterdam pride…Amsterdam pride 2016 was the last time that I really cut loose, and got, shall we say, pretty merry.

Within the four months I was lucky enough to spend in Australia this past winter, I had a fabulous time with friends old and new, and saw scenery that took my breath away. There will be more posts about the best of this beautiful city and indeed country – for it truly is remarkable – but for now I’d like to write this post from both a place of and about ‘vulnerability’. 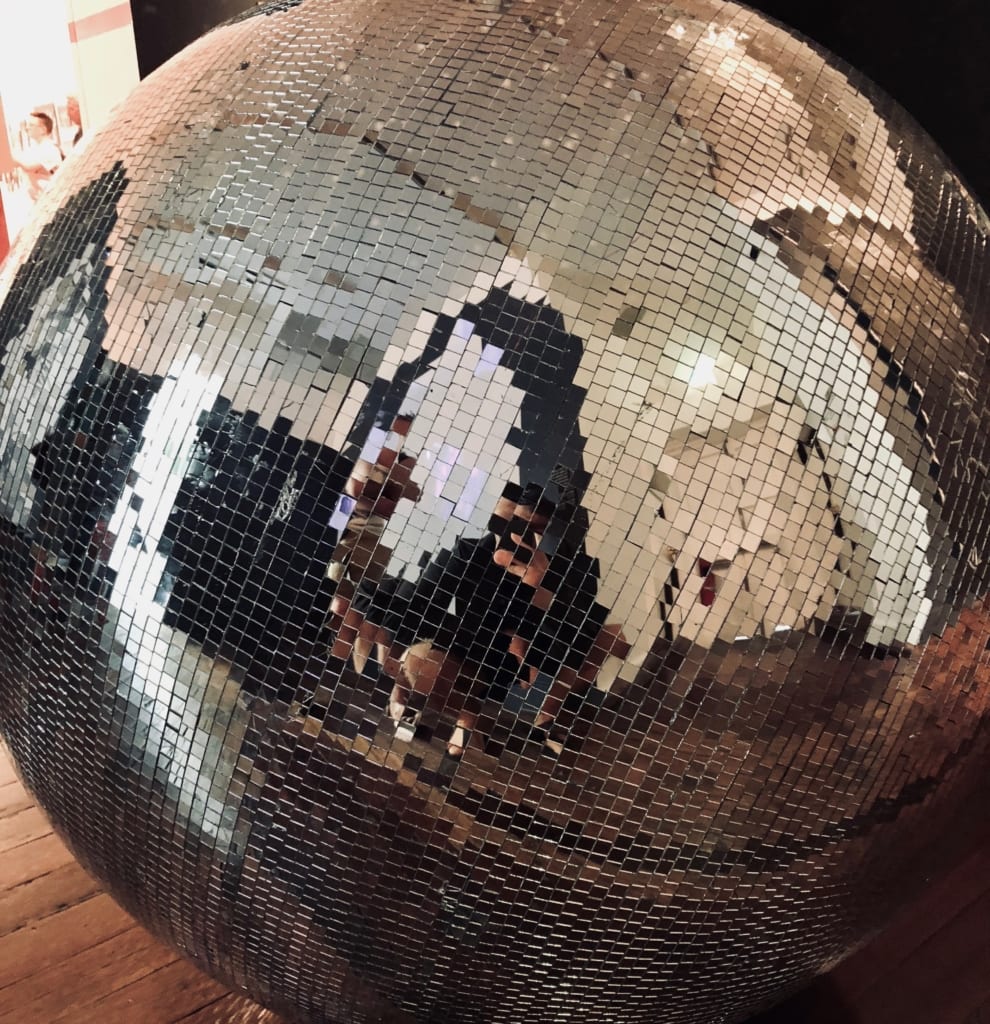 So much to reflect upon.

Despite the superb location, when I left, I was feeling low and pretty depressed. I couldn’t work out why…why I was feeling so sad, until a few weeks later. I felt I didn’t belong, that I maybe hadn’t fit in as well as I thought I had. I heard that familiar inner dialogue, that told myself that my job wasn’t good enough, that in the gym my body wasn’t good enough. I felt the words ‘I’m too old’ reverberate, and yet at the time I was only thirty-five…

Somehow, it took me by total surprise that I found myself in one of the most openly gay (if not the gayest) capital cities in the world, only to find myself with that same feeling of not fitting in again. It hurt. My own history dictated that I would lean away from this pain, instead reaching for something toxic each time in order to inebriate, to numb. That could have been a drink or a drug, a return to a relationship that simply wasn’t good, or a non-essential purchase in the burning heat of a must-drop-my-credit-card moment. These quick fixes were always the perfect flash of amazing that was swiftly followed by a newfound low. The big difference now of course, is that I am seeing this cycle in great detail, and with sober eyes for the very first time

If I am being honest, there is a darker side behind the gay scene that I have long struggled with. The side that shows me that pack mentality is not something I want in my life, that racism is not something I will tolerate, and that body fascism is painfully dull. Thanks in large part to both the media and the movie industry, we have been spoon-fed the image of what the ‘ideal’ man looks like, what career he has, how much he earns, even what he drives and where he holidays. For me the saddest part of it all is that as a community we’ve adopted that exact image from the mainstream, heterosexual media, and retrofitted it to our own selves. Is it any wonder that gay men are between two and ten times more likely to suffer from depression?

I am guessing that in writing this I am not the only one who has ever felt this, but that is simply a guess. All I can do is share my truth in the hope that it resonates somewhere. As young boys, most of my generation and those that came before were raised on the cusp of substantial cultural change, but not quite over it. We were immersed in both an outer and an inner dialogue that told us we didn’t fit, that we didn’t belong, that we weren’t natural. It is, after all, based on negative inner and outer dialogue that human’s make poor choices. How far we have come in relatively few short years.

The biggest danger that anyone faces when they are told they are not good enough or that they don’t is that they will listen. I was a really sensitive young boy.  Not only did I listen, but I also believed. I carried it forward for years, and despite moving beyond it successfully, I slipped back into old thought patterns whilst I was in Sydney…the city where paradoxically I should have felt kinship and a sense of belonging.

Just before I left, I shared in celebrating 40 years of Mardi Gras. The pride flag was waved from balconies for weeks before the march and the big party that saw the legendary Cher perform. The uncomfortable truth is that behind a flag that symbolizes unity in its rainbow-coloured-beauty, there is still such a lack of acceptance of each other.

My friends of all shapes, sizes and ethnicity regularly experience racism and body shaming. I’ve watched the former play out at multiple pubs and clubs when one of my best friend’s hasn’t been served a drink for more than 20 minutes, being the only Asian guys there. I’ve experienced the latter myself on so many occasions – I’ve had my hip pinched in gay clubs from London to Los Angeles and told ‘shame about the fat’. Recently – at the age of 35 – I was told that I was ‘too old’ to talk to, and it’s a shame about my thinning blond hair. In the diverse New York City I am asked nine times out of ten what job I do, long before my name becomes relevant. I say these things, as I too have been guilty of judging others on similar things…there is after all, no such thing as perfection. 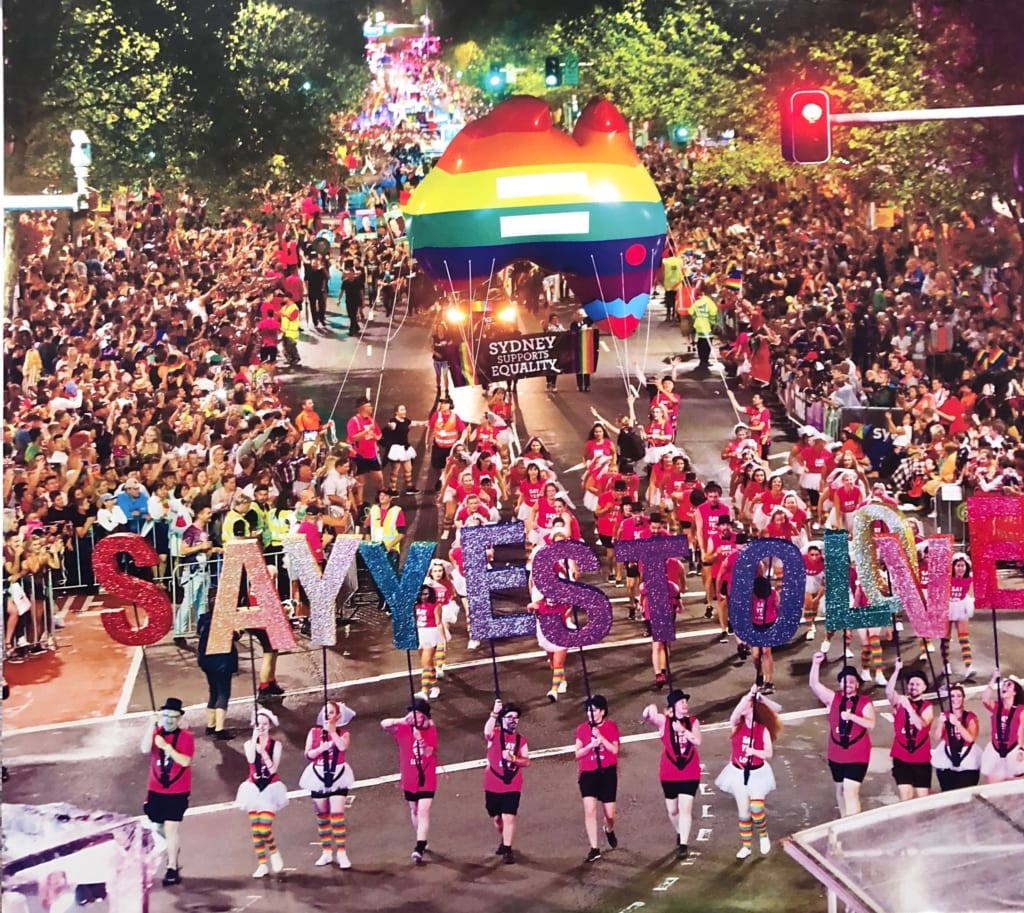 Why not? We have SO much more to lose by saying no…

By rejecting others as they are, we are not accepting of ourselves. I believe that acceptance of self is the place to begin. If, as gay men, we cannot even accept each other, then how do we think that anyone else will? So the next time we hear the voice of judgment – of someone else, or of ourselves – perhaps we can begin to learn to first acknowledge it, then thank it for the coping mechanism that it has been, and bid it farewell, finally. After all, there will always be a generation of young, impressionable people that need wise role models. I am writing this post as I often need reminding of this myself, so please do not think I’m calling myself perfect – at all!

Everybody is different…for after all, every body is a different body, that holds a fresh mind, and a vibrant new soul: We have so much to learn from each other if we can only learn to see beyond our own mindset and preconceived ideas.

So yes, Sydney Australia, you are an incredible place (it is after all the birthplace of ‘Priscilla, Queen of the Desert’). But behind the glamour and fabulosity of sequins, glitter, and the rainbow we so proudly wave, please lets not forget what the colours of this powerful flag represents.