‘WANT EU BACK FOR GOOD’

‘YOU DON’T KNOW WHAT YOU GOT TIL ITS GONE’…so the famous Joni Mitchell songs go, and my goodness ain’t that the truth.

It was like I left my heart in the car outside the airport in Mallorca last week. My most brilliant friend had dropped me off and I did not want to leave. Nine days of beautiful morning walks, afternoons at the beach, strategising sessions, life-planning, strolls through a beautiful town centre had come to an end. The flow of conversation that put the world to rights was over. The intoxicating welcome from a steady stream of kind, open hearted people had me hooked: I felt like all of my new Mallorquin friends borrowed the famous lyrics of Take That to try and entice me back, and they’ve won me over. The beauty of the island is amplified by a sense of inclusivity that I haven’t found elsewhere…it reminded me of just how precious our current freedom is. 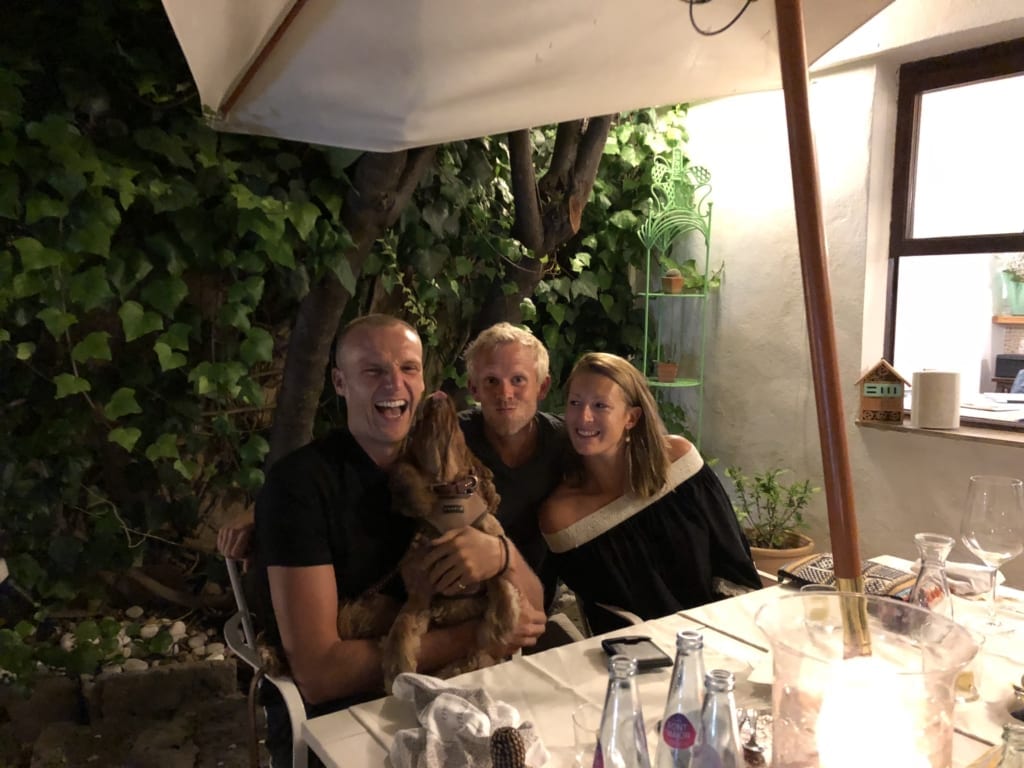 The Mallorquin Dream Team: Samantha, Jamie, Margaret and myself.

Passing through the airport to the departure gate was like a Balearic breeze. The bus to the plane was without jam-packing, and drama-free. From the point of boarding the flight, it all went swiftly downhill. From far too many screaming children, to a one hour delay, epic queue at passport and lost baggage, the buzz from my trip was being severely tested. It was after a solid line of traffic had finally dumped me home three and a half hours late, when I realised the buzz was well and truly gone and I was back in the good old UK. There were a few moments where I could have morphed into one of the kids-in-tantrum on the plane.

There were so many signs that I should listen to my heart and return. As soon as possible. For this summer, at least, I am able to jump in my car and drive to the magic island of Mallorca, and stay for as long as I can sustain myself, or for as long as I wish to. This is the true freedom an EU passport offers. It means I can spread my proverbial wings and land into any of the 27 member countries, and nobody can tell me to leave.

This weekend, along with over 100,000 others, I joined the march for a People’s Vote on the Brexit deal. There was a sense of profound purpose as we marched to Parliament Square with our flags waving high in the June sky. Spotting banners with the wittiest, most clever slogans was a fun game to play. The sounds of countless shouts and instruments reverberated along Whitehall. Together we walked in a sea of defiant smiles and unifying blue clothing. At a time when we seem to be so stifled, just to have a voice felt so good.

This was, shamefully, the first time I’ve joined a protest. If I’m being totally honest I was never really engaged in politics – I’ve always found it too depressing. I find that disengaging the public is often the strategy of the politician – dodge the question enough times and the people get bored/move on/just cannot be bothered. Sound familiar? We know that politics is a game, but when the odds are stacked so heavily against us, the politicians are playing Russian roulette with our future. They are not listening to our democratic voice in proceeding without a vote on that final deal.

Freedom is (or certainly should be) the right of every living thing on this planet. Remaining open is the key to progressing forward. As we voluntarily give up our freedom and become more not less closed to the world, I can only say I agree with the definition offered by some clever person somewhere in the internet:

The undefined being negotiated by

the unprepared in order to get

the unspecified for the uninformed. 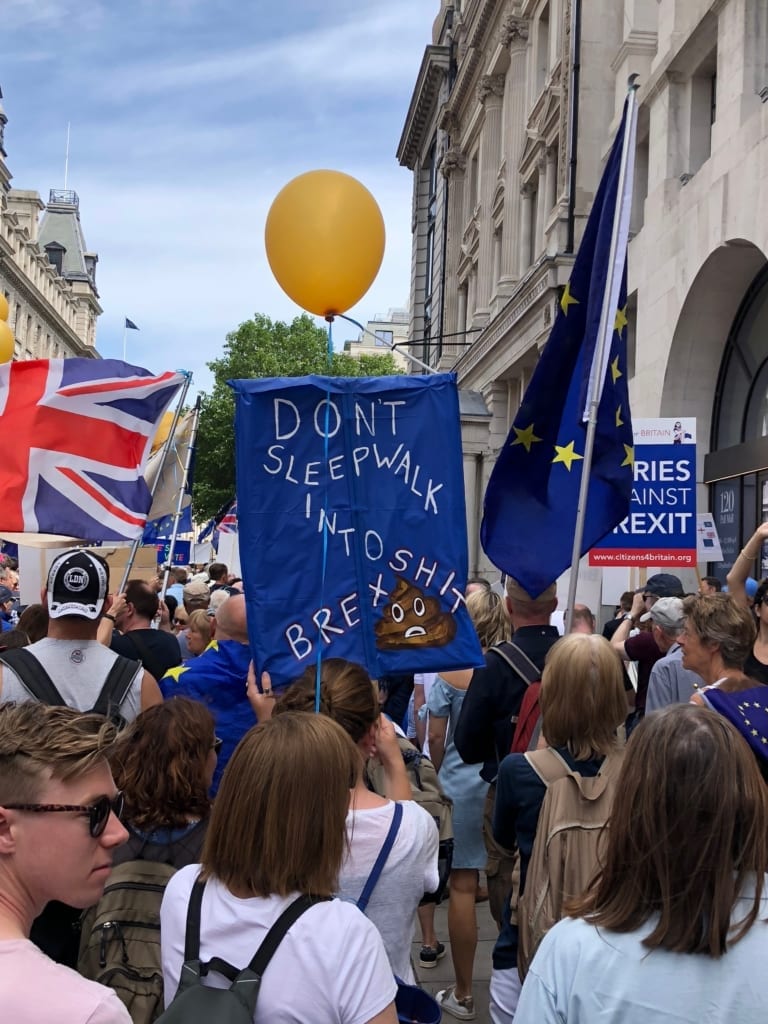 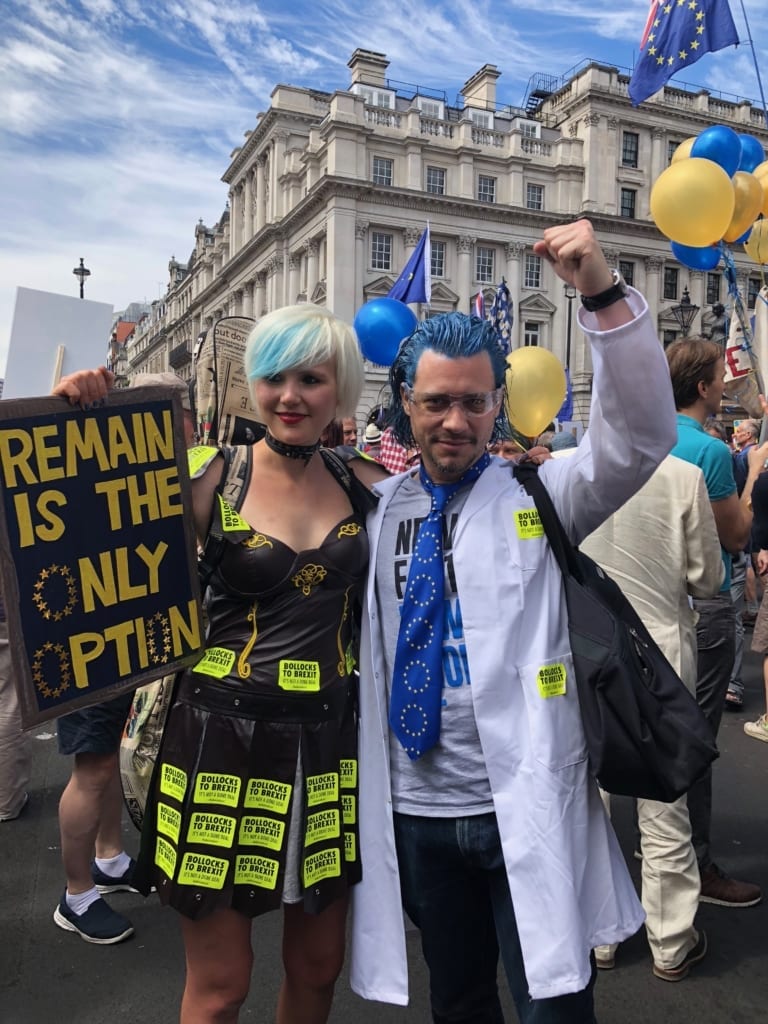 As we are increasingly encouraged to focus on exclusivity, inclusivity is precisely what huge corporations and the extremely wealthy do NOT want us to achieve. As they succeed locking the doors of imaginary walls in made-up borders, the rights of the privileged few become more and more reinforced daily. By listening to the haters and the dividers, by bowing to the forces that seek to pull us apart, all we do is give up our power. Have you ever heard the phrase ‘divide and conquer’? 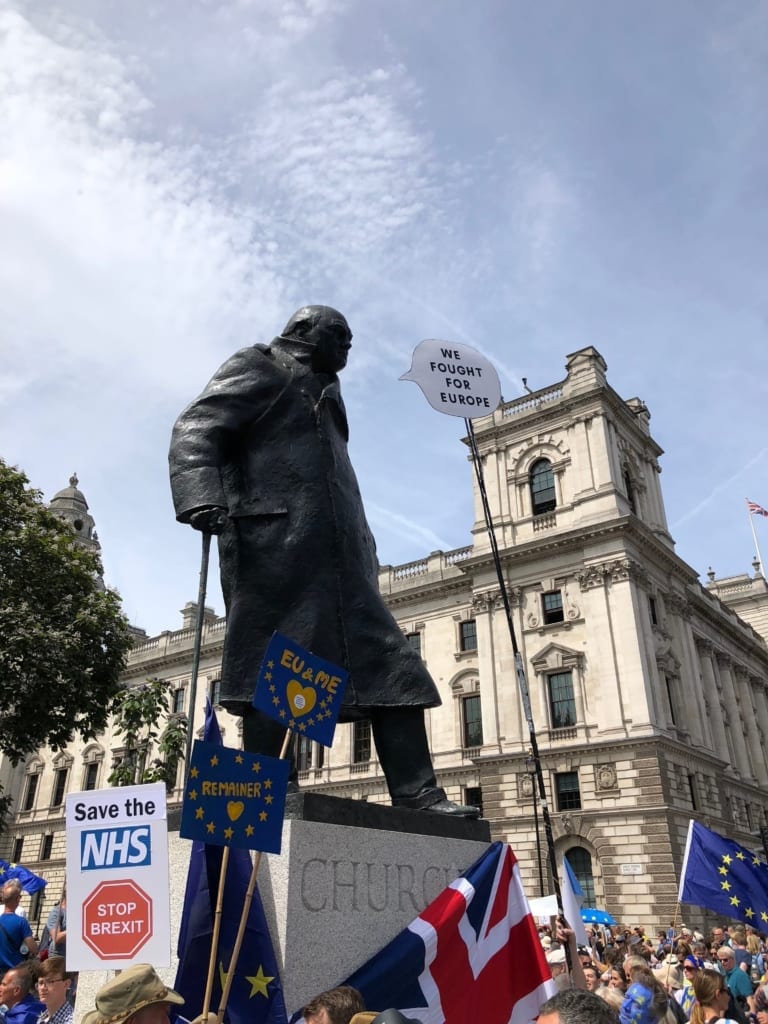 My grandfather fought in WWII, and again in 1973 for inclusion into the EU – so that we wouldn’t again know war, and that our enemies may become our friends.

Inclusivity, regardless of your faith or background is a part of what makes us keep moving forward. Its our job to accept each other where and how we are. The key is to make sure you turn up, and use whatever voice you have to support each other.

Just like the King Penguins of the Antarctic in winter, we are STRONGER, TOGETHER. If you want a say, and a vote, please sign the petition!